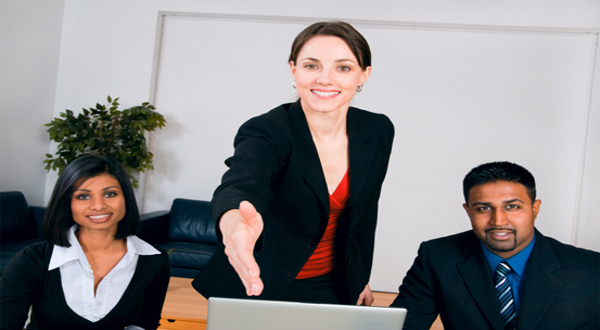 If you love to share, engage, write, promote, or be creative, then a job in communications could be just what you’re looking for. Alternatively, you may already be doing comms, but want a promotion. Either way, the next several years will be offering rich pickings, because communication jobs of all stripes are on the rise: PR, internal comms, social media management, community relations, and marketing are all part of a growing industry.

Whether you’re just starting out, an experienced candidate or a recruiter for such jobs―or you’re a recruiter in another industry, but would prefer to move into comms―the church of communications is a broad and expanding one.

Alas, along with such jobs comes the prospect of dreaded interviews. But while there are plenty of articles available that help you address your job interview fears, you may find it harder to get a helpful checklist of the top questions you need to prepare answers for, to help you win your next role.

Perhaps you’re a newbie and want to know what to expect a company will ask you for such a job? An experienced candidate who just needs a checklist of questions to prepare from? Or a recruiter for non-comms that wants to move into recruiting comms in the future? Then look no further.

Based on over 20 years of working in every type of communications role imaginable and across most industries, here’s a comprehensive, mega checklist of over 60 questions. They’re written in such a way that, irrespective of whether you’re a candidate or a recruiter, these are the questions in communications that matter most.

Most importantly, you will find the questions work just as well whether you’re applying for a job in social media, marketing, PR or any other type of comms. In fact, you may find they’re helpful to consider for a lot of other outside jobs outside of this profession.

To avoid making every question overlong, the type of comms has been left blank. That way you can simply “fill in” the blank for the type you want.

Are there are questions you think should be added to make this the perfect checklist for a comms job? We’d love for you to share your thoughts in the Comments below. Thanks!

By Robert White of PR Matters