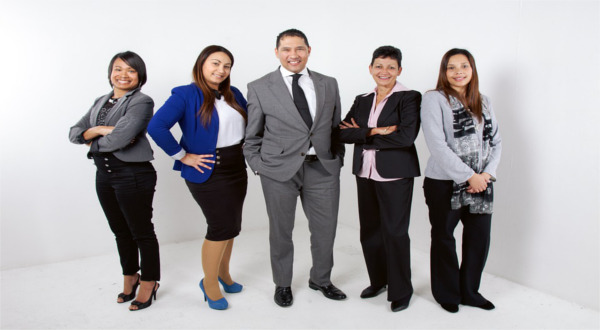 The 20 People Skills You Need to Succeed at Work

Do you think you’re qualified for a particular job, fit to lead a team, or entitled to a promotion because you have extensive experience and highly developed technical skills? Well, it turns out that while those things are crucial to your professional success, it’s imperative that you also have great soft skills–more commonly known as “people skills.”

“People skills are, in short, the various attributes and competencies that allow one to play well with others,” explains says David Parnell, a legal consultant, communication coach and author. “While on the surface these may be summed up by notions such as ‘likeability,’ or having a ‘good personality,’ when you start to look at what makes one ‘likable,’ for instance, you’ve opened Pandora ‘s Box.” But more often than not, these attributes come in the form of effective, accurate and persuasive communication, he says. Teri Hockett, chief executive of What’s For Work?, a career site for women, agrees. She says: “People skills come down to how people interact with each other, from a verbal and/or non-verbal perspective; they are non-technical in nature. When we think of people skills, words such as personality, empathy, and tonality come to mind.”

1. The ability to relate to others

This is the most fundamental people skill because it encompasses your persona and ability to get along with other colleagues, persuade others to listen to your ideas, and much more, Taylor says. “If you have a gift for the spoken and written word, you will always put your best foot forward. Being articulate is highly prized in today’s workplace, when time is at a premium and technology requires constant communication.”

Parnell says articulation is a very important “people skill.” “Illusory transparency refers to the notion that as we speak to others, we believe that they are of the same mindset as us, and are processing things exactly as we would. Even if this were possible – which it’s not – it would be incredibly challenging because of semantic ambiguity,” he explains. “Universal quantifiers for instance – all, any, every, etc. – are systematic violations of accurate communication in that they are rarely true in a literal sense, and leave significant room for translation. Effective communicators are very careful to understand these systematic violations, and avoid them or accommodate them when necessary.”

“If you’re patient with others and can keep a level head in stressful situations, it will definitely be noticed by management and perceived as a very strong asset,” says Amy Hoover, president of Talent Zoo. “When your boss is forced to deal with a situation where people have lost their cool he or she will certainly remember the troublemakers when the next promotion comes available.”

4. The ability to trust others

You can only accelerate your career if you’re trustworthy. “Without it, you can’t get projects done or get cooperation,” Taylor says. “No one can operate in a vacuum for long.”

“Having the ability to place yourself in someone else’s shoes is a key people skill,” says Ryan Kahn, a career coach, founder of The Hired Group, star of MTV’s Hired! and author of Hired! The Guide for the Recent Grad. It allows us to create relationships with others, provides insights into people’s motives and allows us to predict responses.

“Offer support, sympathy and feedback in your daily business life,” Taylor suggests. “It will bring you positive emotional returns – part of ‘corporate karma.’” If you contribute to a dehumanized company, both you and your employer will have limited growth potential, she says.

Hockett reminds us that things are not always black and white, and in order to have effective relationships with others we need to show compassion where appropriate. “In a perfect world there would be no hiccups, but life happens and knowing when to show compassion when others face challenges is important.”

Hearing someone and actively listening to them are two different things, Hockett explains. Most people hear someone speak and start to form a response in their mind (or worse, starting talking) before the person finishes what they’re saying. “The key is to actively listen, which takes more time but produces better results. It means you listen without interruption and then take the time to think and form a response before replying. It takes practice, but it pays off.”

Taylor says the axiom “we were given two ears and one mouth” speaks volumes. “Be a good listener and remain sensitive to the needs of your workers and boss. This people skill can be practiced; and once honed, you’ll see the difference in the positive reaction of those around you.”

7. Genuine interest in others

People know when you’re truly interested in them, Kahn says. “If you’re not showing a genuine interest – asking thoughtful questions and considering about their answers – your interaction can actually have an opposite effect to the one intended. Take care to remember names, dates and important life events.”

Being “likable” or having a “good personality” are highly contingent and context dependant attributes, Parnell explains. “Your prison-bound uncle’s personality may not be likeable at the Thanksgiving table, but it may serve him well once incarcerated. Supreme communicators have a keen ability to shift gears when the context calls for it, and a deep well of communication options to choose from. This way, they can respond accordingly to what the current situation requires.”

Taylor agrees. She adds: “If you can bend your own rules and beliefs, you are by definition a ‘good people person.’”

Good judgment is a key people skill that comes directly from learning, listening to others and observing the world around you, Kahn says. “It allows you to wisely select friends and associates, determine reactions and responses, and make sound decisions.”

Parnell adds: “Pay attention to your gut – it often has something valuable to say.”

10. The ability to persuade others

There’s a good chance that at some point in your career you’ll have to sell others on your ideas, products or services. Whether you’re up for a promotion, pitching a project, or selling clothing in a retail store, you need to be able to form a strong, convincing argument for why you, or your products, are the very best, or the “right” one.

Good negotiating skills are beneficial with both internal and external discussions, Hoover says. “Internally, job offers and salary discussions greatly benefit from solid negotiating, as well as when it’s time to pitch a new idea or sway coworkers to your way of thinking. Externally, both vendors and customers often require negotiations and you can really become the hero when you are successful in either scenario.”

12. The ability to keep an open mind

“To create trust and respect in others, people need to know that their point of view and feedback will be considered and used,” Kahn says. Being known as someone who keeps an open mind also makes you more approachable and easier to work with.

“Who doesn’t enjoy laughing? It’s ‘the great diffuser’ of tension and conflict. If you can jam the system of tension or routine with levity, you will thrive in your job,” Taylor says. “It was once said that ‘nobody ever died of laughter,’ and if you can retain some lightheartedness in your job, you’re likely to get more air time during meetings and overall.”

Knowing what, how, and when to say things to others is critical. For example, if someone just loss their job, it’s probably not a good idea to talk about your promotion. This seems trivial, but it’s one of the primary reasons why people encounter communication breakdowns with each other, Hockett explains.

The saying, “honesty is the best policy” is not only true, it’s essential in building trust among your colleagues, Taylor says. “Once you lose it, it’s almost impossible to regain.

Kahn agrees and says people want to work with those that they know they can trust. “Honesty is the foundation of any relationship, particularly in business.”

The importance of body language cannot be emphasized enough, since it makes up the majority of how we communicate with others. “The reality is, we’re communicating with people all the time even when we’re not speaking. Being mindful of what our gestures, expressions, voice, and appearance are communicating can greatly help or harm our people skills,” Hockett says.

Work is a series of problem solving situations, but if you’re proactive, you’ll take the pressure off your boss and colleagues, Taylor says. This is a great people skill to have in the workplace.

If you can motivate a team and help those around you do their best work, you’ll be more successful even if you’re not in management, Hoover says.

“Using ‘please’ and ‘thank you’ goes a long way in the realm of people skills,” Taylor explains. While seemingly obvious, some need little reminders. Keeping a post it with a smile or another icon can remind us that work is more than getting something accomplished, it’s how we get it accomplished.

20. The ability to be supportive and motivate others.

“People want others to believe in them, regardless of how successful they might be. By showing support in the form of encouragement, you can put someone back on track or keep them headed in the right direction,” Hockett explains.

Taylor says: “Not only should you praise and recognize your staff, all the while being accessible and upbeat. You should also be motivational around your boss and colleagues. Employees at all levels want to be around enthusiastic people with drive and high energy.”

“When workers know how to conduct themselves with people sensitivity, their career outlook is much more enhanced,” Taylor says. “Employees who are aware of the ‘human factor’ in the workplace understand how to get things done.” Assuming the work is satisfying, it’s how people feel at work that will determine their loyalty and contributions.

Hockett concludes: “Nowadays many of us live in two worlds, the real and digital one. Make sure that your people skills are consistent across both.”

Jacquelyn Smith joined FlexJobs in December 2016 as the Director of Content Strategy. She previously worked as a leadership reporter for Forbes, where she covered jobs and careers, workplace trends, the U.S. job market, education, outstanding leadership, marketing and advertising for almost four years. She went on to spend three years as the Careers Editor at Business Insider. Jacquelyn is the co-author of “Find And Keep Your Dream Job, The Definitive Careers Guide From Forbes.” She holds a bachelor’s degree in Journalism from The University of Arizona and a master’s degree from Hofstra University. She currently lives in New York.